What About Film Making And The Internet?

What About Film Making And The Internet?

This is the most exciting time for independent filmmakers. Now that the internet and digital technology have paired up, we are seeing the old way of Hollywood shifting to the new independent filmmakers. The emergence of this technology has paved the way to new markets and tools for the film making industry. Most significant is the fact that this development has changed the areas where the independents have had the most difficulty- development, marketing, and distribution.

Studio big-wigs have ignored the internet, treating it as a passing fad or a tool for film promotion. When Time-Warner was taken in by AOL, they understood what the impact would be. The Blair Witch Project brought this point home, the young filmmakers brought fame to the film with very clever web marketing. Hollywood production, marketing, and distribution have become the old way of film making, and this is causing a good bit of anxiety with the major studios.

Independent filmmakers who have traditionally been left out and ignored by the film making industry, are now building websites. These sites deal with the traditional ways of film making, but many of them address the problems with financing, marketing, and distribution, and suggest remedies for these problems. Independent filmmakers are able to directly contact potential investors with scripts and potential story ideas. They are able to pitch their ideas to the investor themselves.

There has also been an insurgence of online festivals, distributors, and resources where an independent filmmaker can market their film to a worldwide audience and show the product to the interested party directly. This market is available to all, and the forerunners make up the criteria as they go. These new filmmakers will harness the internet, and be successful in digital film making.

There are several methods and techniques when it comes to digital production. There are innovative trends and studies of up-and-coming independent filmmakers, online. You are able to learn about script development, marketing, digital distribution, how to enter film festivals, and much more. These topics are available to anyone who is interested in learning new techniques in film making.

The internet is fast-paced and growing steadily. These techniques have been out there for a while now, but as I said they have been ignored by traditional Hollywood for quite some time. These techniques are evolving rapidly and they will be critical tools for the independent filmmakers who want a successful career in the new revolution of the film making industry.

Of course, before you jump into film making with everything you have, my advice is to become familiar with every internet concept and tool that can help you produce, develop, and market your project. Weigh the possibilities to find the best technique for you, your budget (while it does come with a cost, you will find internet-based film making is cheaper), and your artistic abilities.

As far as financing your film making endeavor, you may want to look into film making grants. There are several out there, just do a search on the ever-evolving internet.

Where To Go For Digital Photo Camera Shopping 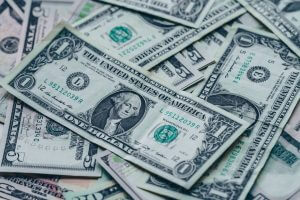 How To Broker JV Deals For Fantastic Profit, Without Having To Spend A Single Cent

Ready to get started ?